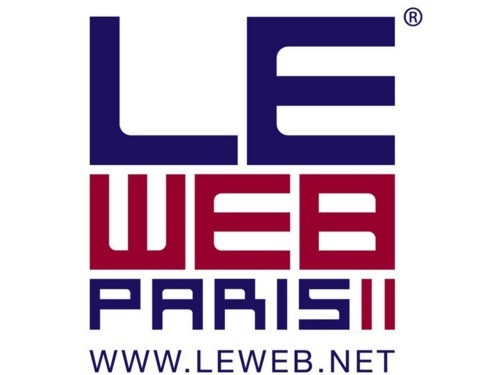 This is the question, I’ve been asking myself for a few days.
Actually since the end of LeWeb11 which happened last week in Paris.

What happens at LeWeb… doesn’t stay at LeWeb. On the contrary, what happens at LeWeb, usually become popular and is featured on the world trending topic. First conference, first trending topic with Karl Lagarfeld. How is it related to the Internet ? Just because, every area, everybody is impacted by Internet and the New Tech… So we learned that Mister Karl owns “only” 4 iPhones and over 30 iPads !

Over the days we have seen such brilliant and powerful speakers, to name few :

There were also very promising start-ups, confirmed start-ups and industry leaders such as Microsoft or Facebook.

So shall we consider LeWeb as the biggest Web related event in the world ?

LeWeb is not the biggest one in term of number of participants (3500 this year), neither in term of length (3 days), neither in size of expo (less than 30 firms)… no LeWeb is first in term of the quality of its speakers. Even biggest actors are now waiting LeWeb to announce new features, partnerships, fund raising etc. This year we learned about the new Twitter UI, the Orange / Evernote partneship, the new UI of Path and so much other things.

Last point is the quality of the people who attends LeWeb. The show is not only on stage but also in the networking lounge or next to the buffet. You met people from over 60 different countries working in all kind of IT related companies. The most surprising thing is all those people you knew only from Twitter. If you let your mind rambles, you will see bubbles with each person “@username” above their head.

After a stay of 3 months in the Bay Area, I can say that LeWeb has nothing to envy to events that happen there… the only problem is that LeWeb happens once a year, while in the Valley it’s everyday, smaller events but same atmosphere.

I will be there next year, how can I miss the biggest Web event in the world ?

Stratechery
Wait but Why
Benedict Evans' Blog
The Great Dissonance